With just two days left before Prince Harry & Meghan Markle tie The Knot at St George’s Chapel, Windsor Castle, we are all succumbing to Royal Wedding fever here at NOOR! So in between our frantic British flag waving we’re celebrating with a special blog post about how to weave some Royal Wedding details into your own special day.

Thanks to Photographers Brett & Tori for the adorable photo above of Elizabeth and Joseph’s flower girls at their NOOR Wedding.

Meghan Markle’s dress is reportedly under lock and key at Windsor Castle and the only person on the planet afforded a sneak preview is The Queen! The designer won’t be announced in advance but a firm favorite is design duo Ralph & Russo. Royal Wedding dress styles have changed through the years but Royal Brides to tend to favor long sleeves. This is our beautiful Bride Esther looking classically elegant in her long sleeved wedding dress. Esther & John were married at NOOR last March! Photographer: Duane Peck. 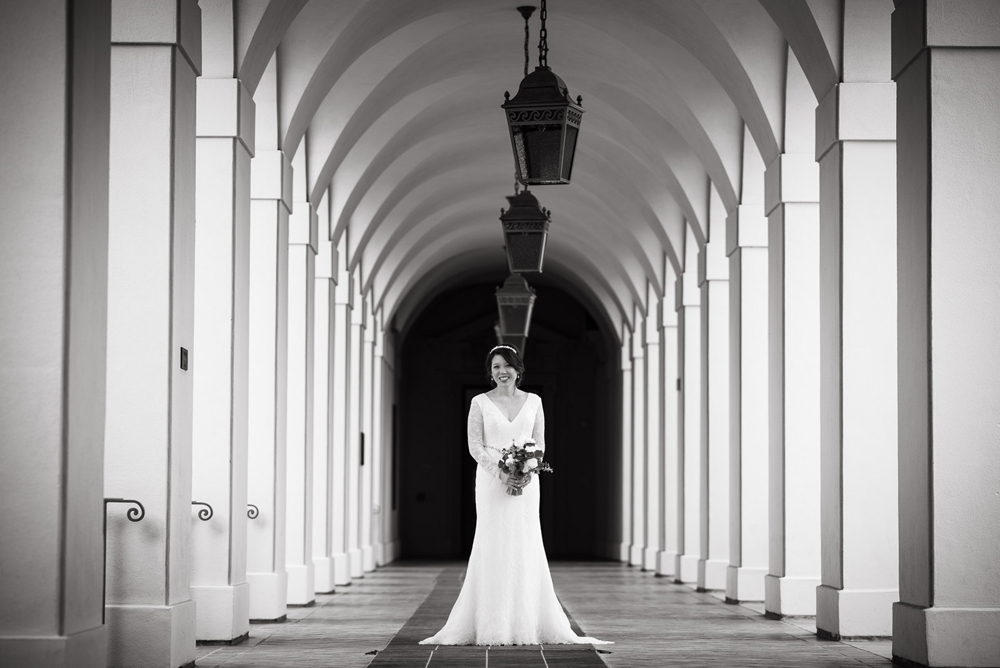 Nothing screams Royal like a wedding dress with a long train and the style itself is known as the Royal Train or Extra Length Cathedral Train.  Pictured below is our bride and groom Jennifer & Clint rocking the royal train in this stunning photo by Lin & Jirsa just after their Wedding Ceremony on the NOOR Terrace. Wedding Coordinator: Wife of the Party | Floral Design: A Touch of Lavender. 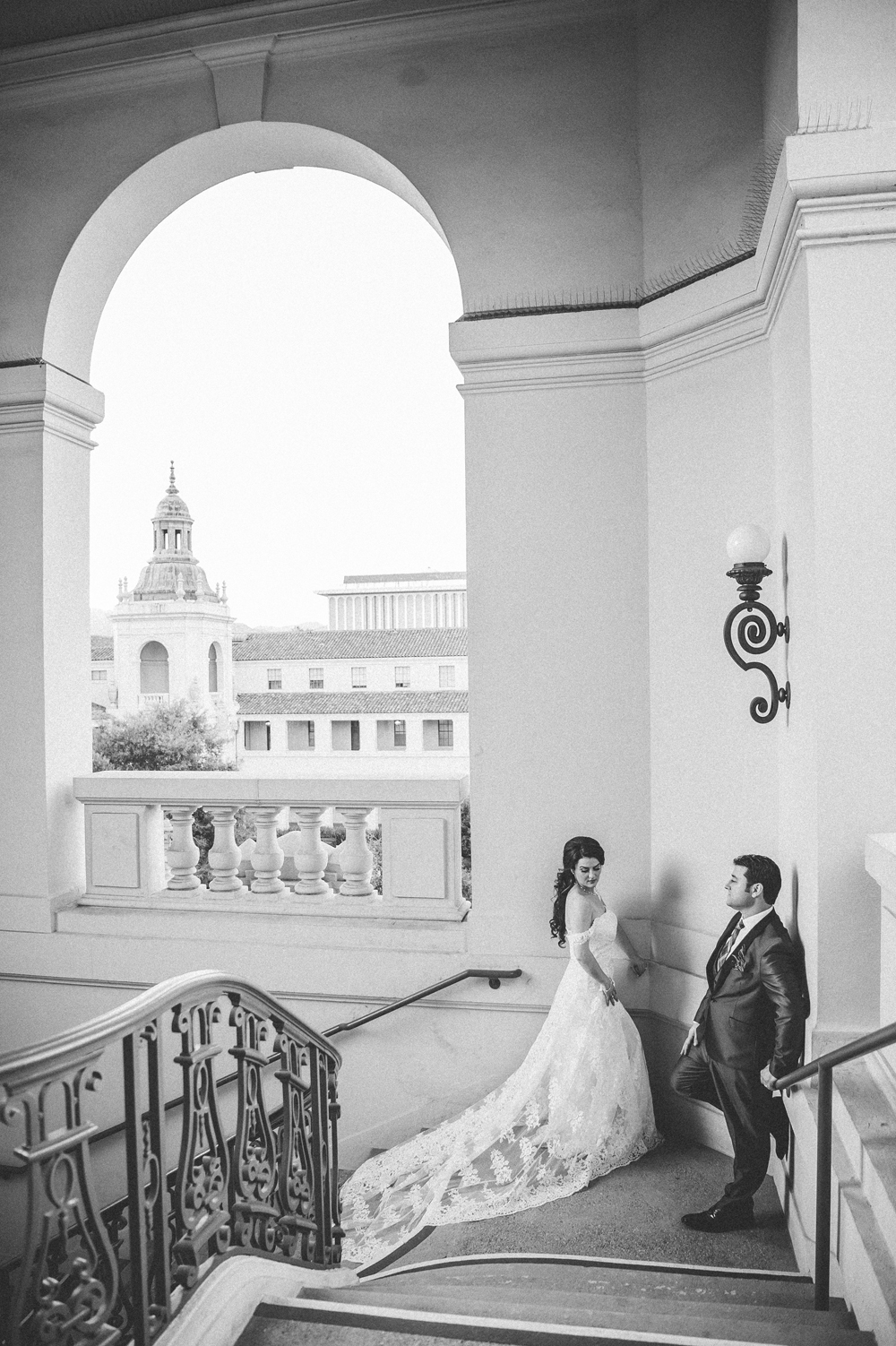 Having children as attendants is a very British Royal Wedding Tradition and the entire wedding party is generally made up of little bridesmaids, flower girls and page boys ranging in age from 2 to 8 years old.  Here at NOOR we love the trend of large wedding parties that include flower girls and ring bearers. They make for some awesome photographs as seen here from Abhygail & Kevin’s Wedding. Photographer: Jose Alvarado | Wedding Coordinator: CM Weddings & Events. 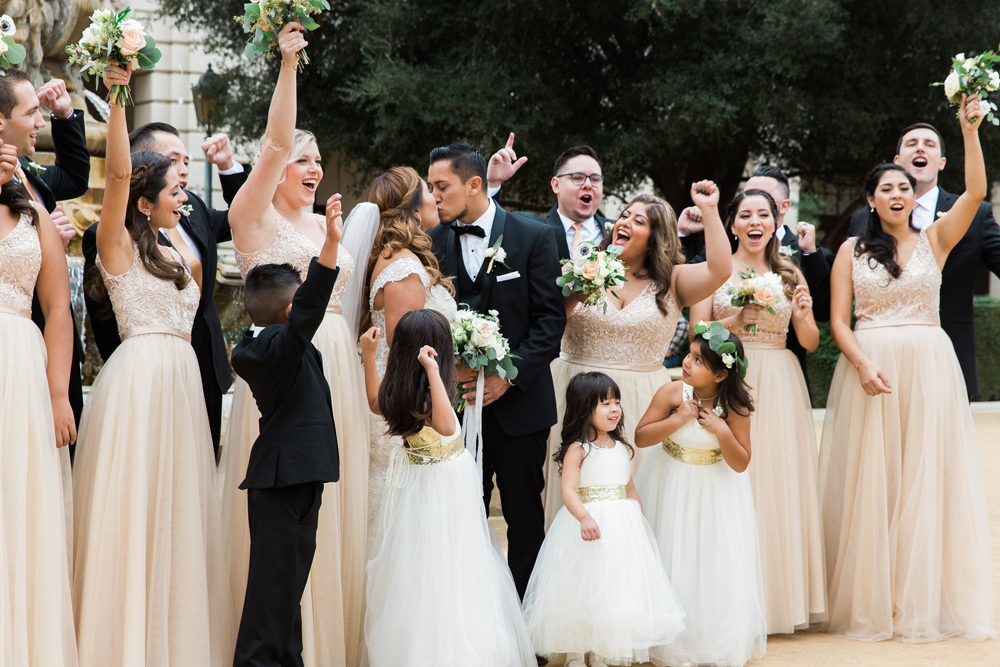 Royal Weddings always feature a tiara. Kate Middleton wore a Tiara from the Queen’s own collection at her wedding to Prince William and it’s one of the easier aspects to incorporate. Here is Sophia proving the point at her beautiful wedding to Austin last September at NOOR. Photo courtesy of Lin & Jirsa. 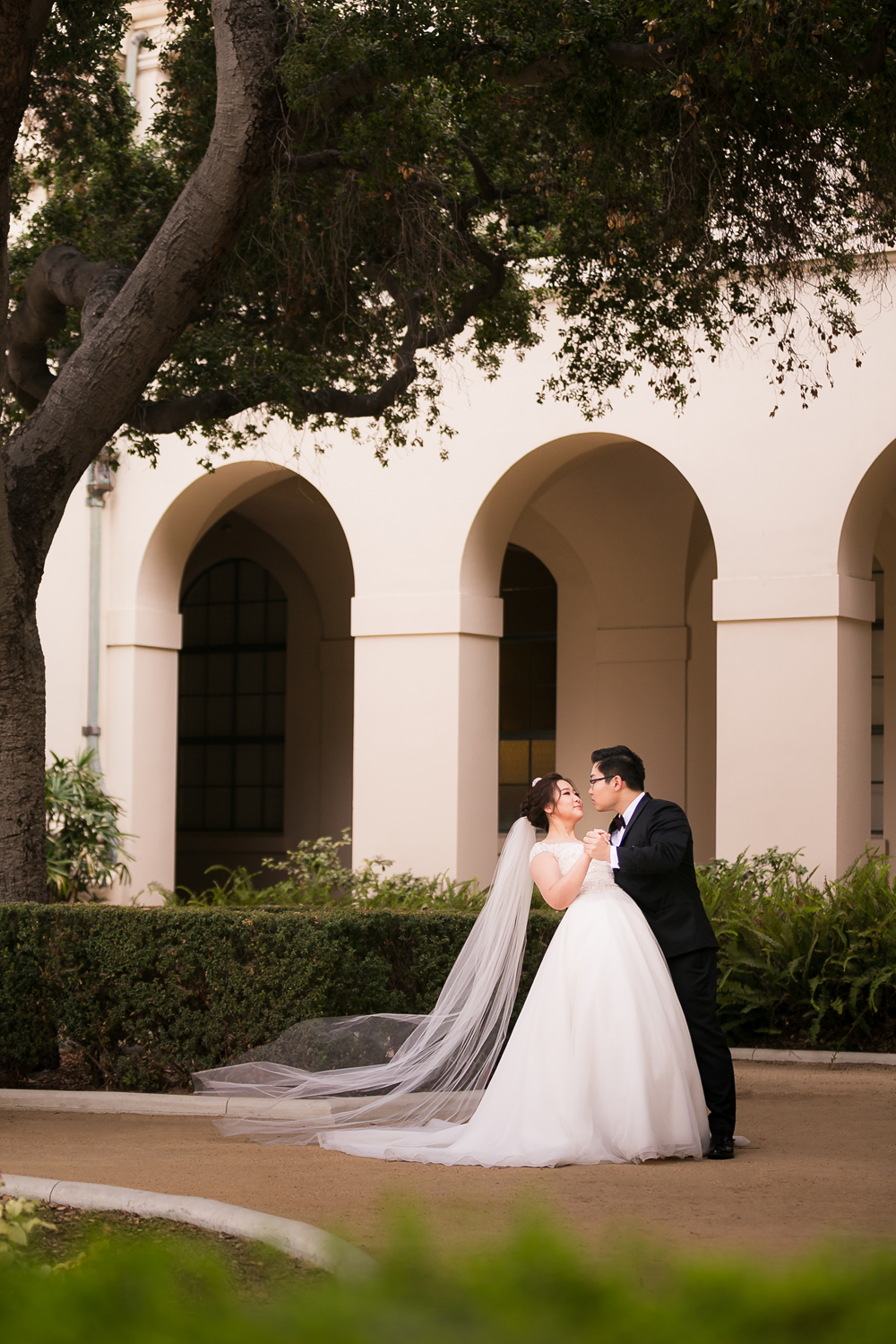 And a close up! 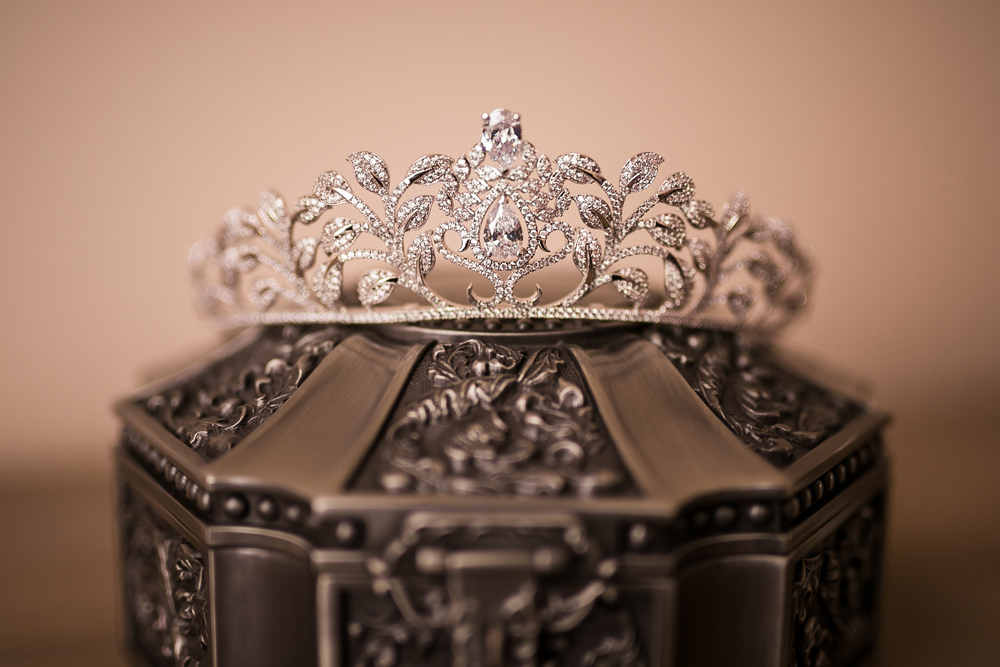 Carrying a sprig of Myrtle, known as the “herb of love” has been tradition in Royal Weddings since 1840 when Queen Victoria carried it in her bouquet on the occasion of her marriage to Prince Albert. She later planted it in the garden of Osborne House. A former Royal Residence on the Isle of Wight. Although there’s speculation about the other blooms that will accompany the myrtle in Meghan Markle’s bouquet, the Palace have released details that the flowers for St George’s Chapel and St George’s Hall will include “branches of beech, birch and hornbeam, along with white garden roses, peonies and foxgloves.” The arrangements are being designed by London-based florist Philippa Craddock and it’s thought she will be designing the bouquet also. Peonies are a firm favorite of Meghan Markle so we expect to see those beautiful blooms in her wedding bouquet. 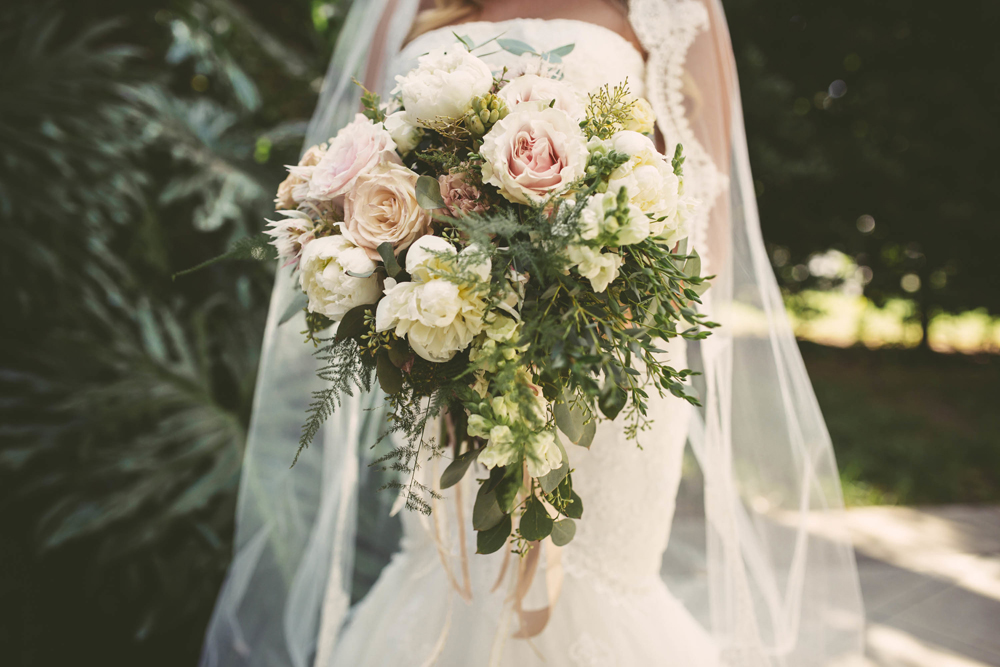 Clare Ptak, owner of the Violet Bakery in London will be providing the cake. Royal Wedding cakes are usually fruit cakes, and of course extra tall. However Prince Harry & Megan Markle’s cake is reported to be Lemon and Elderflower and  “will incorporate the bright flavours of spring.” Covered in buttercream and decorated with flowers. Clare Ptak posted a photo on her Instagram of a cake matching that description which has us all speculating if the photo could be the top layer of the Royal Wedding Cake? Time will tell!

In the meantime let’s take a look at the very similar and totally beautiful cake designed by Diamond Cakes for Cassie and Lee’s Wedding which featured flowers in abundance! Photographer: Chris Wojdak. 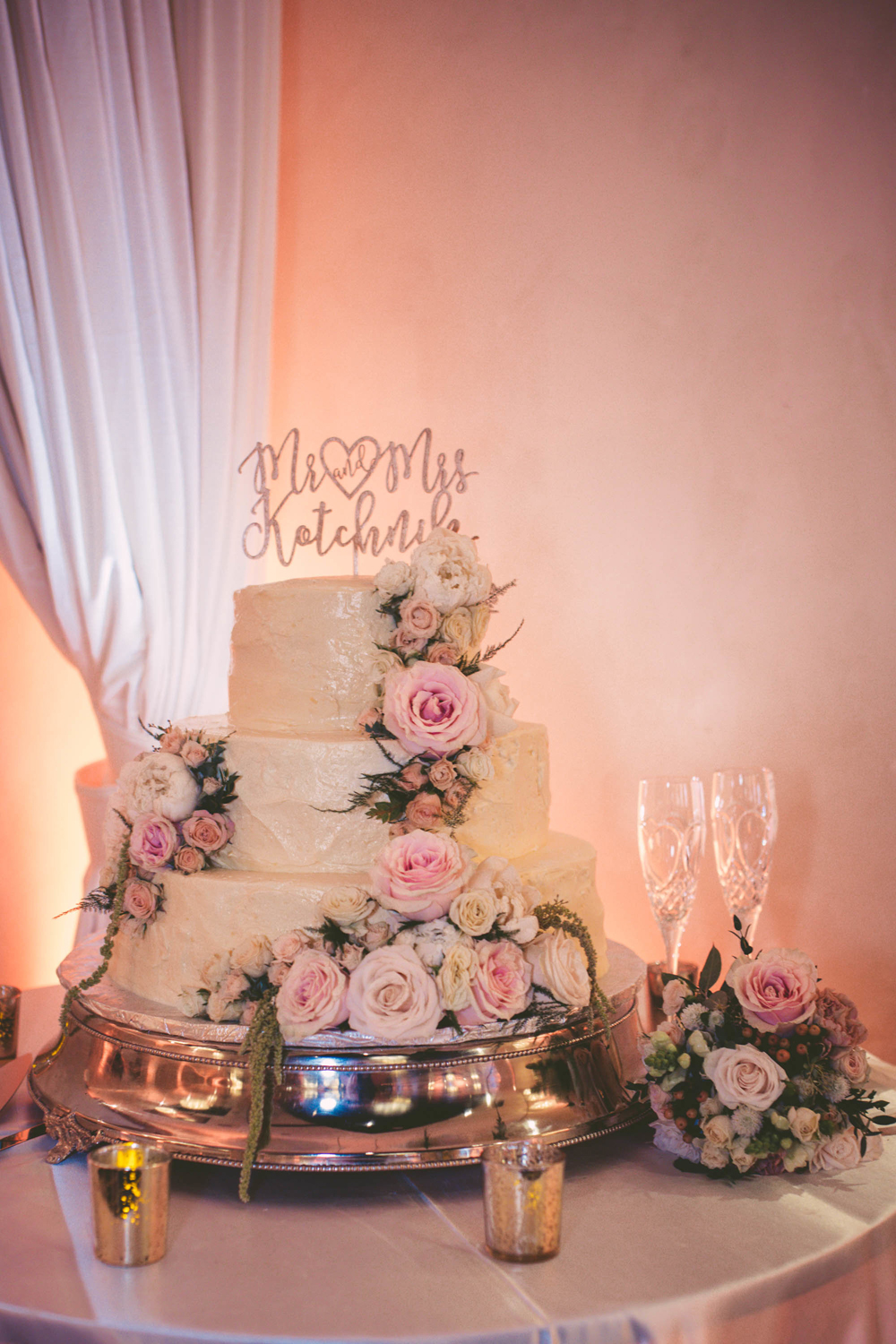 The invitations to the Royal Wedding were designed by Barnard & Westwood, a regular supplier of printed materials to the Royal Family. At the top of the invitation is the 3 feathered badge of The Prince of Wales. Of course not many of us have our own badge, crest or coat of arms to put on our invitations but there are other ways to bring a little regal flair into your wedding invites. Here at NOOR we love monograms and many of our couples do too! 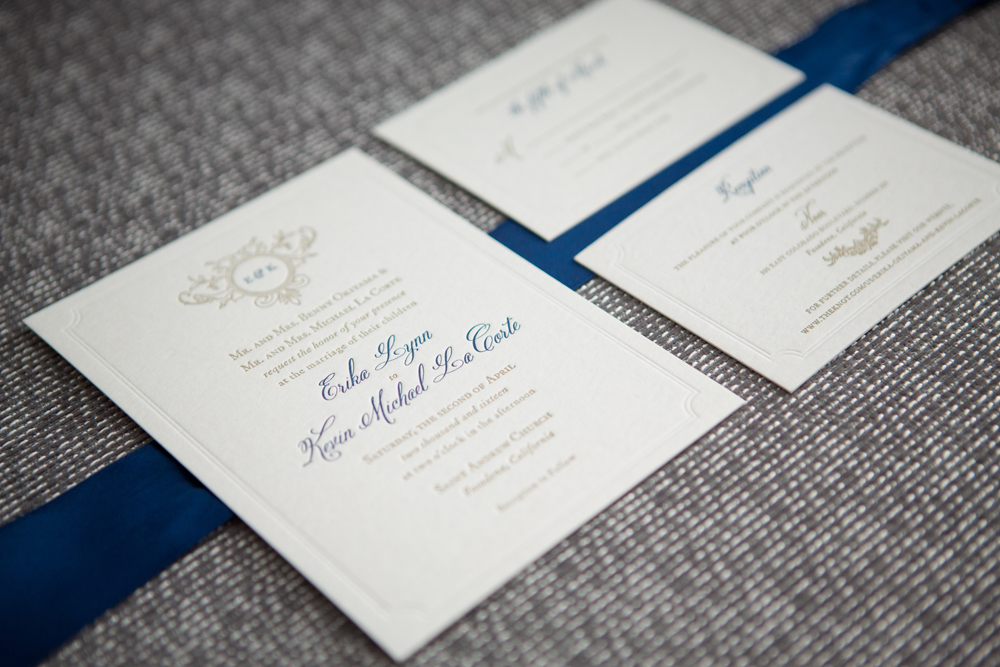 Erika & Kevin’s invitations featured a monogram inside a an illustrative design that looked very similar to a coat of arms. Erika & Kevin held their wedding reception in NOOR’s Sofia Ballroom and this photo from their special day was kindly supplied by their photographer Kristin Burrows Photography. 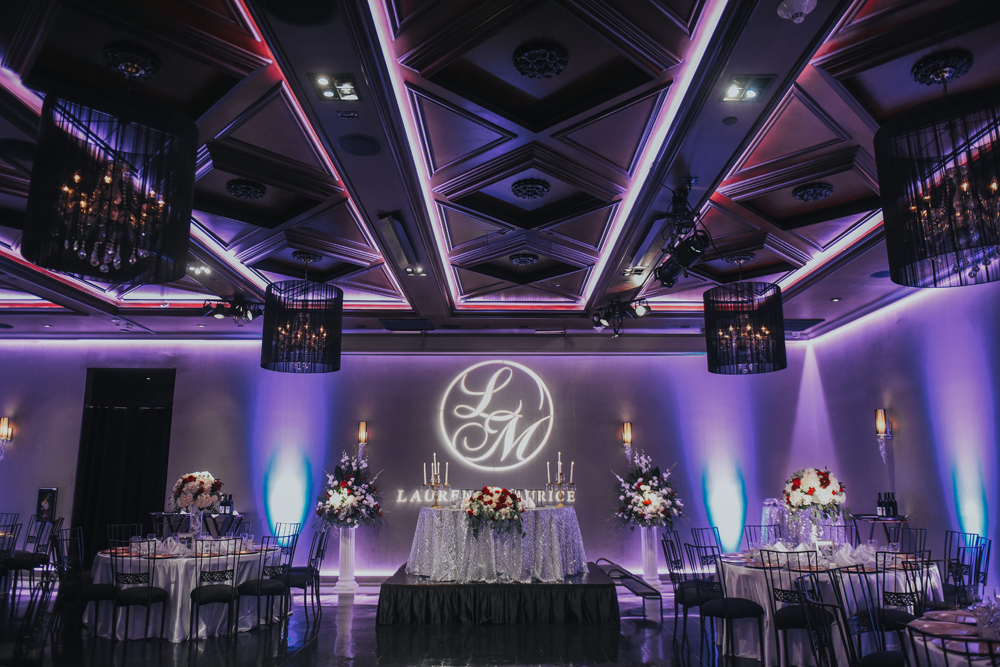 Food trucks at a Royal Wedding? Whatever next! Although not the typical catering choice for British Royalty, Prince Harry has a renowned playful side so it’s not surprising he would want to add an equally playful twist to the proceedings. According to The Express, Prince Harry has planned a late night disco which will include food trucks and ice cream vans. He had planned the same thing for his brother Prince William’s Wedding to Kate Middleton so this has clearly become a new royal tradition! Of course we totally approve, NOOR couples often include Nitrogen Ice Cream Stations at their receptions and the In n Out Burger Food Truck is always a favorite! 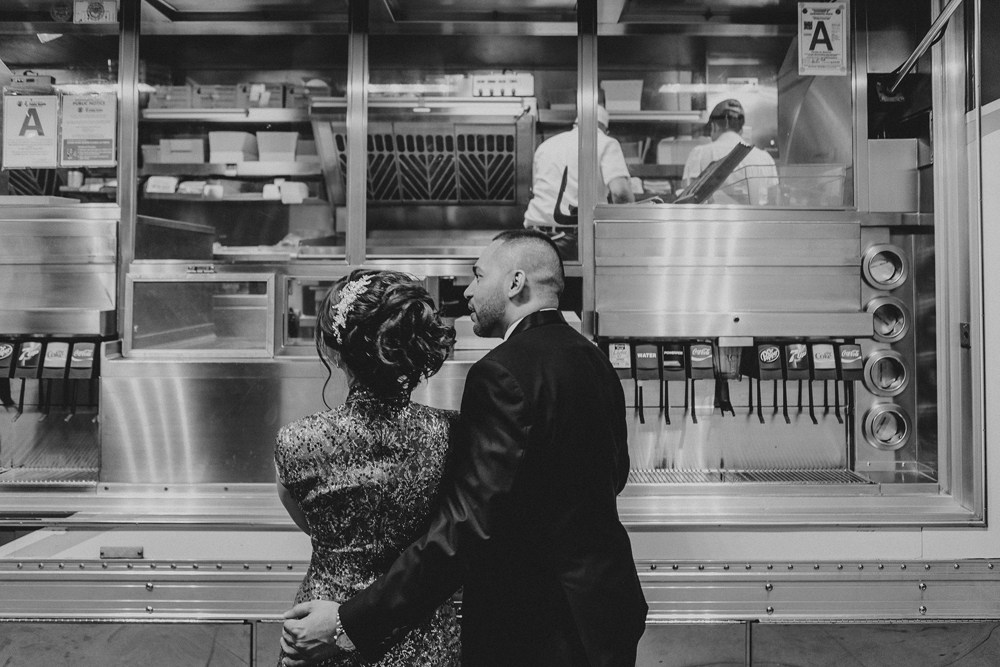 The Wedding of Prince Harry & Meghan Markle will take place this Saturday, May 19, 2018. Because of the time difference we’ll all be getting up extra early to watch the wedding but luckily there’s no shortage of places to watch. Here’s a few. 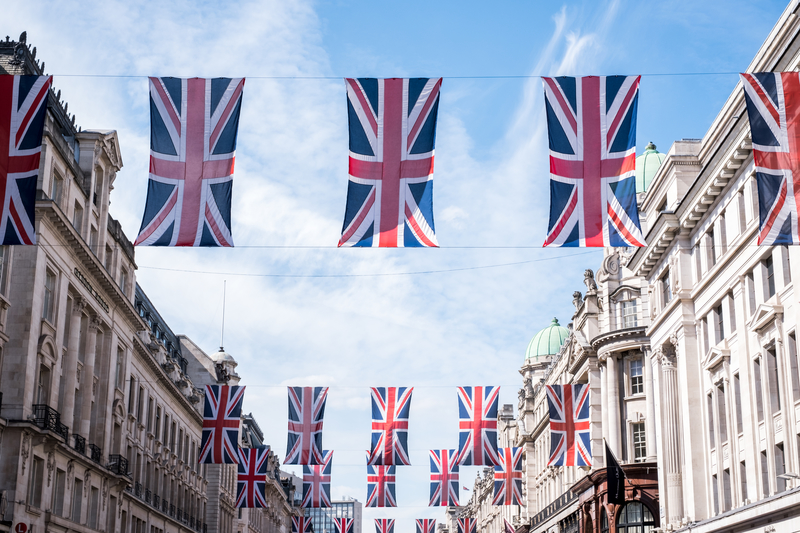